The Most Dangerous Game – Survival Board Game

A board game themed after the short story of the same name. As a game designer and artist on this project I created the 2D artwork and designed game mechanics along with a team of two. I also printed 3D game pieces using a MakerBot 3D printer.

Players can work against each other or together while gathering resources and building traps. When time runs out the dreaded hunter attacks from his castle stronghold while players defend themselves and organize to strike back at the Hunter. 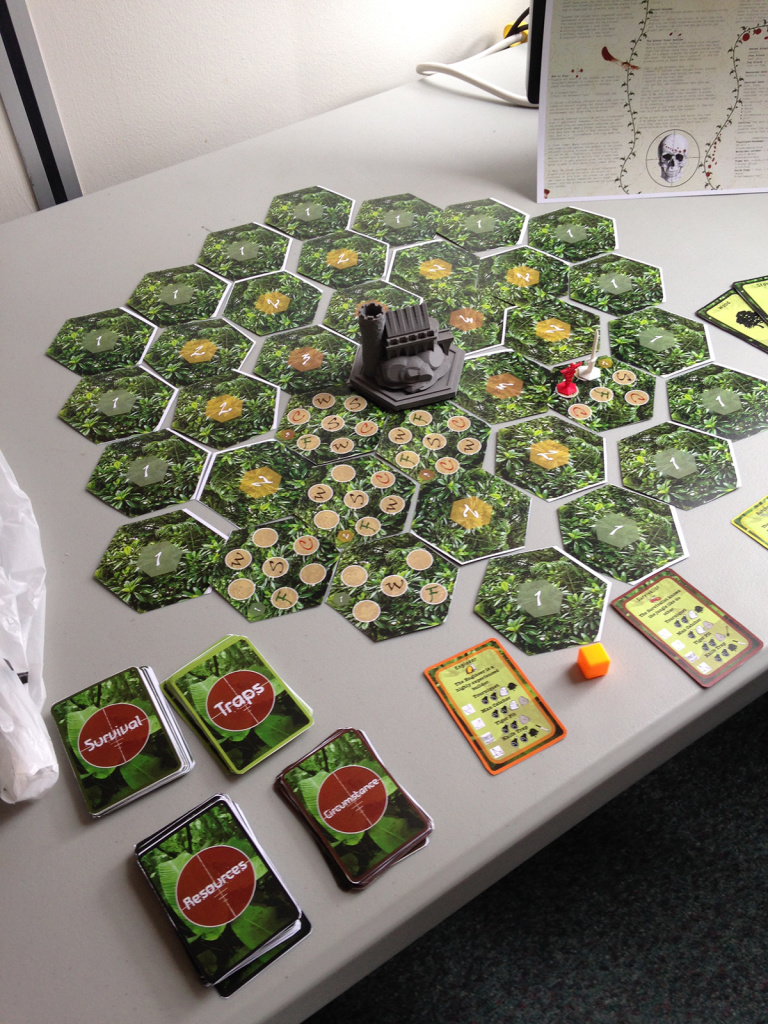 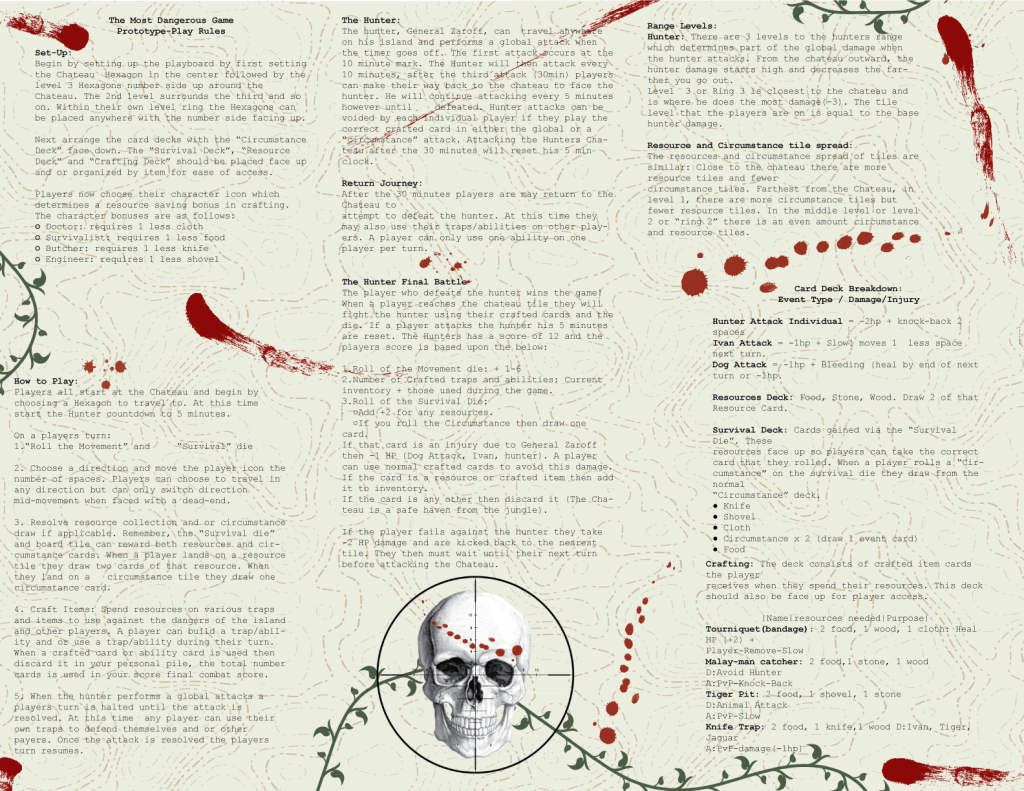 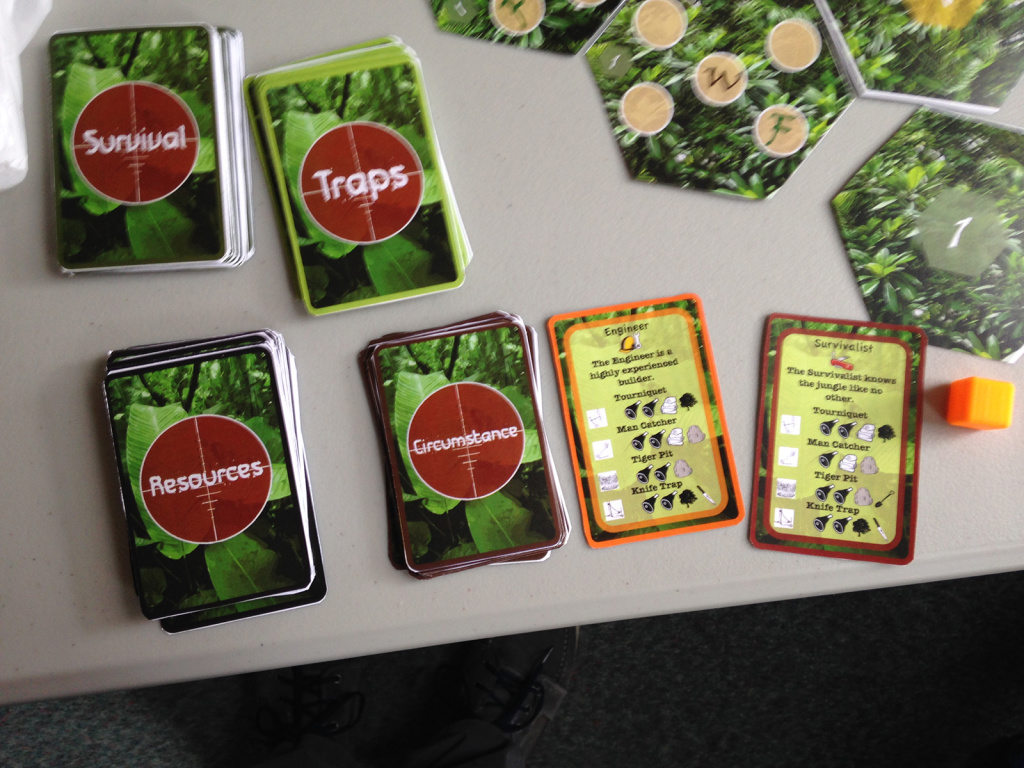 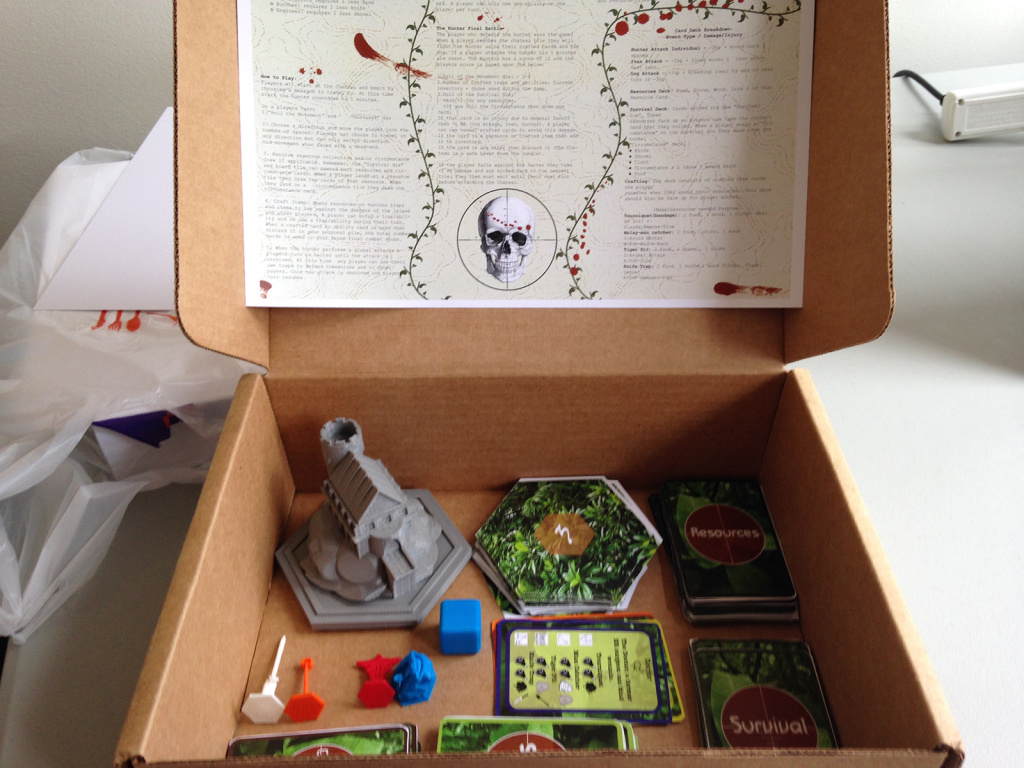